‘Forming govt with support of only one race not possible’ 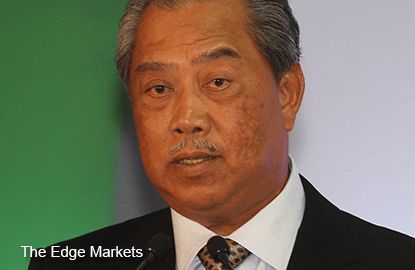 KUALA LUMPUR: No single party can form the government by depending solely on the support of one race, Tan Sri Muhyiddin Yassin said, at a time when Malaysia is facing increasing racial and religious challenges.

The former deputy prime minister said this despite most political parties in the country being race-based.

“Any political party which aspires to form the government must be able to garner broad-based support from all races.

“The electoral system discourages political parties from pursuing extreme racial and religious interests. It incentivises the moderates and punishes the extremists,” he said in his speech at the International Peace Conference in Sarajevo, Bosnia and Herzegovina, on Monday.

Muhyiddin, who was axed by Prime Minister Datuk Seri Najib Razak in a Cabinet reshuffle two months ago, said because the electoral system incentivises the moderates, Malaysian political parties have over time moderated their position on matters concerning racial and religious interests.

He said those who questioned the special position of the Malays and the natives of Sabah and Sarawak do so at their own peril, losing the majority support of the electorates.

“Likewise, political parties that undermine the legitimate interests of the other races will risk losing significant percentage of votes in elections and will fail to form the federal government.

“In the end, most political parties become more compliant to the constitutional framework that seeks to balance racial interests, and in so doing promote racial harmony, political stability and national unity,” he said.

The Umno deputy president said the survival of political coalitions and the maintenance of political stability rest on the wisdom of leaders to gain the trust of his or her own race, while at the same time, forge true understanding between the leaders of different races.

He said they had to agree to share political power and sometimes to withstand mounting pressures from their own community, for the greater good of maintaining racial harmony and political stability.

“They had to emerge as a coalition of the moderates whose primary concern is not only to safeguard the interests of one particular race, but also to respect the legitimate interests of all races,” he added. — The Malaysian Insider