‘Control of corporate M’sia moves from Umno to govt’ 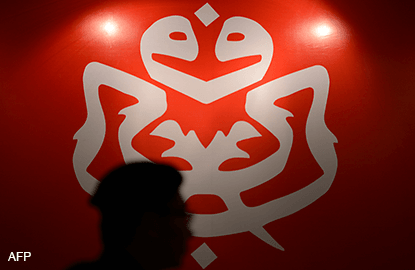 This article first appeared in The Edge Financial Daily, on July 22, 2016.

In a public lecture, Gomez said that in the 1980s and 1990s, many powerful Umno leaders had substantial interest and presence in the corporate sector as it was a source of patronage.

“That is not the case today. Today, you see a well-integrated executive controlling the corporate sector. That is the shift. We have an executive who is also the minister of finance.

“We are talking about extreme concentration of economic and political control. It is also important because the wealth concentration is in the hands of the GLICs,” said Gomez, who is also senior fellow at the Institute for Democracy and Economic Affairs think tank.

What’s significant about Gomez’s findings is that the trend of removing the power base of Umno and concentrating it in the hands of the executive has never been seen in the past.

Gomez points out that the minister of finance has control of MoF Inc, which he describes as a “super entity at the top of the core periphery structure” that controls the GLICs, some banks and development financial institutions.

This affords the minister of finance significant economic control over key industries that GLICs are invested in, such as utilities, plantations, infrastructure and development, Gomez added.

By analysing the management and shareholding structures of these GLICs, Gomez points out that the minister of finance has both direct and indirect control of these GLICs and GLCs.

There are seven control-enhancing mechanisms that the government uses to control the GLICs: legislation, business groups, control of the financial sector, policies, directorships, golden shares and proxies.

For example, MoF Inc has direct ownership of Khazanah, while the prime minister, who is also the finance minister, chairs Yayasan Perlaburan Bumiputera which wholly-owns PNB.

The minister of finance also has influence over the EPF, LTAT, Tabung Haji and KWAP.

However, Gomez also argues that as much as the GLICs and GLCs serve social and political goals, they still have to perform economically.

“If you look at the GLC transformation plan, they have done well in terms of generation of revenue, dividends and profits. But they had to perform because the dividends go into these pension funds, if not the people will be angry.

“It’s not as simple as ‘Just because I have ownership and control, I am going to use it for rent-seeking’. As much as you’d want to, there is also an electorate to be worried about,” he said.