‘Cash is an aggressive approach’ (Part 1) 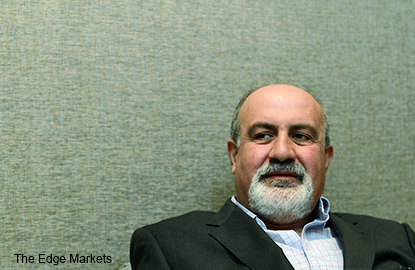 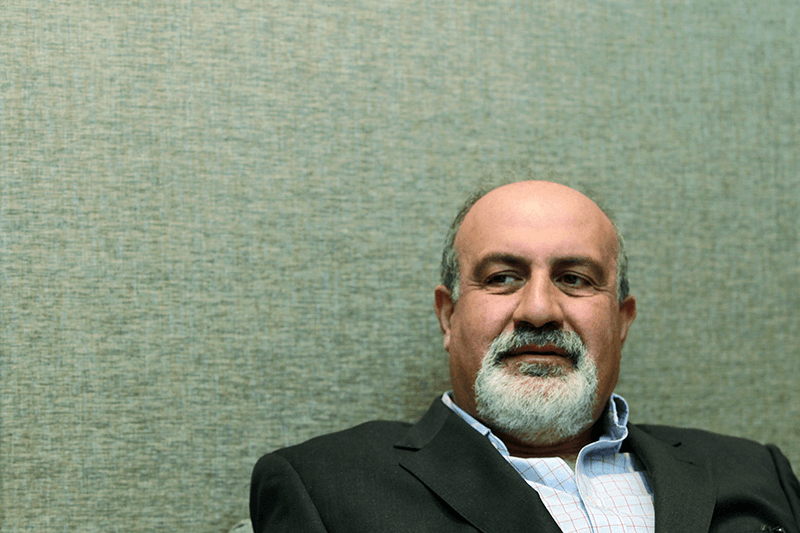 The current volatility in global markets makes for fewer panicked investors as it forces them to underinvest. To build an antifragile portfolio, Black Swan author Professor Nassim Taleb recommends holding cash and waiting for opportunities to arise.

HOLD cash in large amounts and invest the rest in high-risk counters. This is the strategy Professor Nassim Taleb, a former risk trader who shot to fame with the book Black Swan in 2007, is advocating.

Taleb has written other bestsellers, including Antifragile and Fooled by Randomness. But Black Swan, which focuses on the impact of unpredictable events, gripped the financial world because of its timeliness — coming out at the start of the global financial crisis.

With the global economy not in the best of health, Taleb believes that those who are holding cash will be in the best position to make returns during a financial crisis. “The best return on anything … is on cash when nobody has it. People don’t realise that cash is an aggressive approach if you are not afraid of inflation. Cash can be huge … you do a lot better because of what you can buy when you have cash in a crisis,” he tells Personal Wealth in an exclusive interview.

Having cash will allow investors to have a strong filter in their investment strategy, even though it may not yield any returns. “You can put a very strong filter. Most people have a weak filter in their investment strategy … People ask me, what do you do with your cash? Zero per cent return is much better than -10%. Be there to invest when everyone else is scared,” says Taleb, who is professor of risk engineering at New York University Tandon School of Engineering. He was the keynote speaker at the Global Banking Conference 2015, organised by the Asian Institute of Chartered Bankers and held earlier this month.

To be ready for the opportunities that could arise, an investor should have a portfolio made up almost entirely of cash while allocating a small portion to high-risk and speculative investments, says Taleb.

“Have a portfolio that can benefit from the crisis. Have 80% to 90% cash and hedge against inflation with very speculative bets.

“On average, it is better to have a medium-risk portfolio than to have your portfolio in medium-risk investments. I call this the barbell [investment strategy]. If there is a crisis, you lower your cash … but keep the speculative portfolio because these don’t depend on crisis. And have 50 small investments in crazy ideas.”

A staunch believer of having “skin in the game”, Taleb holds a large amount of cash himself, along with some speculative bets. He singles out the potential of solar companies.

“[With solar,] almost all of the countries outside Northern Europe that do not have a lot of sun and the US would be autonomous … We are getting so much more sophistication in the batteries and that is what we are waiting for so people can get off the grid.”

Taleb’s interest in solar was sparked when a hurricane in New York three years ago deprived him of electricity for 18 days. Instead of buying a generator, he began looking at solar batteries and panels.

“[They] fill up and can sustain you for ‘x’ number of days. So I started studying solar and realised that there were optionalities because the raw material — the sun — will never change and fluctuate in value.

“The panels themselves are getting more sophisticated. You can buy just a roof now for your house — they look like slates. In 10, 15 years, I am looking down the road for long-term investments. I like these speculative things.”

At the other end of the spectrum, Taleb is known for his disdain for the genetically modified organism (GMO) industry. He reiterates his stand on the issue and tells Personal Wealth that he avoids anything linked to the industry. “They spend too much money lobbying to convince people that there is no risk, and we are discovering that this may not be true.”

Taleb recently wrote an article titled “The Most Intolerant Wins: The Dominance of the Stubborn Minority”, with the proposition that companies doing anything controversial will suffer in the long run. “The point is, which companies will suffer because their product has a stigma against it?”

Taleb says it is the GMO companies and traditional agriculture. Companies that produce organic and natural products will be in favour. There is a rising awareness that in the long term, organic production will be more efficient and sustainable.